This is an older picture before the Russian IZH 47 seats were replaced with a DKW replica seat cover from Oldtimer Garage on the front, and postwar original DKW seat cover on the back. Overall appearance and condition have not changed. Painted in 11th Panzer Division markings. 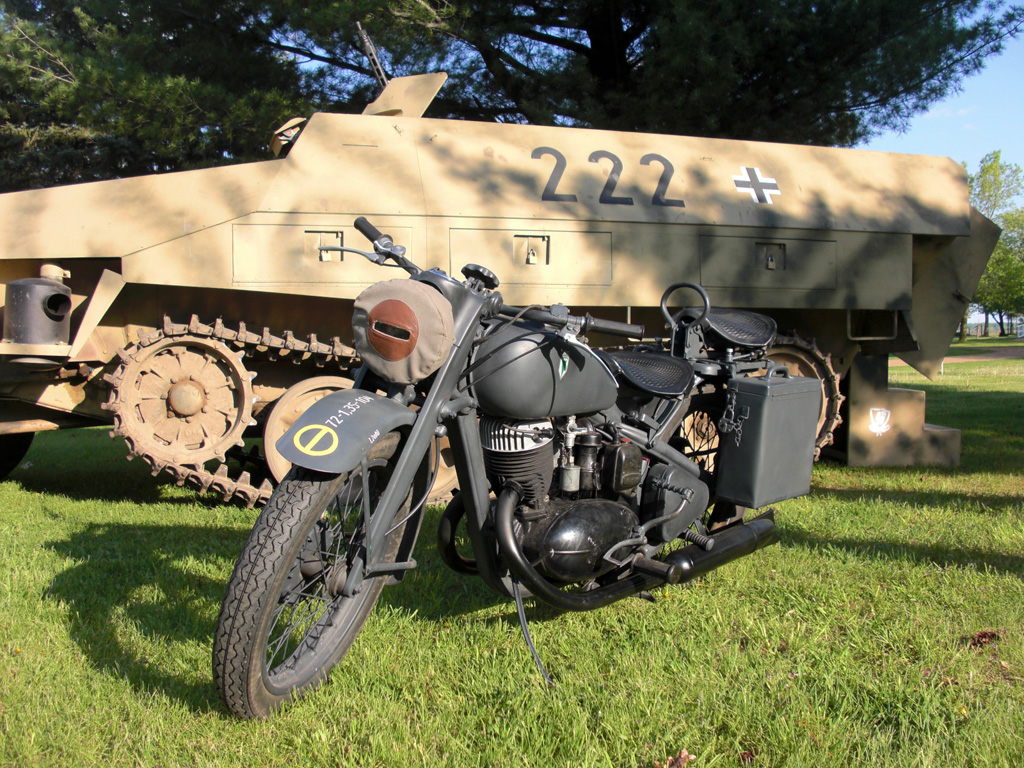 Return to “Bikes for Sale”